“This may be our 12 months,” says the New York boss, who names an skilled squad in opposition to Mayo

Twelve players with senior experience are on the New York grid to face Allianz League champions Mayo at Connacht SFC in Gaelic Park on Sunday.

Six players will make their debut in the New York colors, including Down’s Niall Madine, who will lead the team from front to front.

Madine previously played club soccer in New York and took time out from the Down squad in 2017 to travel to America before returning to the Morne County setup last year where he appeared in the championship.

Injured Hurley resigned from the Kildare panel in 2017 after the former Aussie Rules player had hip problems.

“He’s a little kid now and I have to say that he was alone in the November, December and January off-season to prepare for this game.

“He’s in phenomenal shape. The difference between him last year and this year is crazy, but he’s a great leader and a great motivator and guys look up to him.

“He played in an All Ireland semi-finals not long ago and I think this will be his last year with us as his visa has expired. So I’m assuming he’ll be with the Mayo boys next year because he’s definitely good enough at it. “ 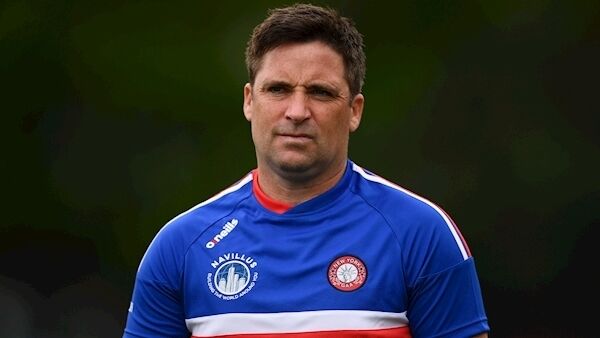 Six New Yorkers are included for Sunday’s game in the Bronx.

Two natives are included in Start 15, including Shane Hogan, who has been a fixture on the New York roster since 2012.

Hogan was the New York captain of a 2016 GAA World Championship at Croke Park – his second appearance at GAA headquarters after playing against Roscommon for New York Minor Football there five years earlier in the Connacht Championship.

The New Yorker Michael Creegan is represented in the defense against Mayo this weekend.

Patrick Guerin, Shane Slattery, Ryan Kerley and Tiernan Mathers are the other American-born players on the roster.

New York are looking for their first ever Connacht Championship win, and O’Halloran says there is more confidence creeping into the squad than last year that “this may be our year”.

“I’ve noticed every year that there is a little more confidence in guys and a little more appetite that we might be able to do that,” he said.

“I remember the year 2016 when I had a conversation with Brian Connor, who was our captain that year, and told him with a week for the game that we would win. He kind of looked at me and asked himself, ‘I know we’re a good team, but how do you know we’re going to win?

“We didn’t win a game and were beaten by 20 points every year. I said that the way we go we will win. Unfortunately we didn’t win, but every year it was easier to tell these guys that we are good enough. You believe in yourself a little more now.

“This year it’s a little harder to get that winning mentality because in my book, Mayo is obviously the best team in the country if you look at the results. There’s no doubt about that – they are the champions of the National League. It’s a little harder to try to establish that winning mentality, but as I always say, we set goals. If we’re within five points at half time, that’s our ultimate goal.

“In the second half, 10 minutes before the end, when we’re within those six or seven points, we’ll just open the shackles and get started. We might as well be beaten by 10 or 15 points as we are by one. “