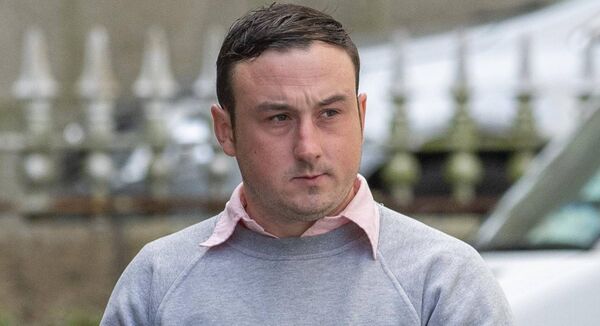 Daniel Cahill, who testified today via video link from a building in New York, told the 13-member jury that the pictured Aaron Brady “scolded” a Garda after being struck in the eye during a bar fight. Image Ciara Wilkinson

A man accused of the murder of Detective Garda Adrian Donohoe told a bartender three times that he had shot a Garda, the Central Criminal Court heard.

Daniel Cahill, who testified today via videolink from a building in New York, told the 13-member jury that Aaron Brady “scolded” a Garda after he was hit in the eye during a bar fight. On another occasion, Mr. Brady drank a lot and “collapsed” at the bar, telling Mr. Cahill that he was involved in a “robbery” that resulted in the shooting of a garda.

Aaron Brady, 28, of New Road, Crossmaglen, Co Armagh is not (NOT) guilty of the capital murder of Det Gda Adrian Donohoe, who was on active duty at Lordship Credit Union on January 25, 2013 at An Garda Siochana, Bellurgan, Co Louth. Mr. Brady has also not (NOT) pleaded guilty to robbing around 7,000 euros in cash and various checks on the same day and at the same place.

Daniel Cahill, 28, advised Brendan Grehan SC on charges that he was from Dublin 13 and moved to New York in 2013 when he was 20. Since December of this year he has been working at Coachman’s Bar on Katona Avenue in the Bronx. For the next two years, Mr. Brady was at the bar most weekends.

He described Mr. Brady as not very tall, “definitely on the heavier side”, with dark, gelled hair and a pale complexion.

He said Mr. Brady hadn’t noticed. “I didn’t pay him much attention when I first met him.”

The driver, he said, could be “a little rough” and had his “shady characters”. He would need help with an argument at least once a week, he said, adding, “If you work with a pool table in a Bronx bar, you should go thick with your skin.”

It would be “nothing out of the ordinary,” he said, if people “dig up” each other.

He recalled that one night another man hit Mr. Brady and suffered a cut over his eye that was bleeding profusely. The person who threw the punch left the bar and Mr. Brady went to the bathroom, where the witness followed him to make sure he was okay. Mr. Cahill asked Mr. Brady what had happened, but Mr. Brady “just railed about what he was going to do now”. He added that Mr. Brady was “shaken and unpredictable and emotional” and kept repeating that he would kill the other man. Mr. Brady spoke in the bathroom mirror as he cleaned the blood from his face and hands and said people knew what he had done and what he was capable of. The witness remembered saying he would shoot the other man and that it would not be the first person he shot.

Mr. Cahill added: “He said he did [the other man] should know better because he shot a member of An Garda Siochana in Ireland and it was a foolish thing to get revenge on him or to mess with him. “

The witness described Mr. Brady as “almost hyperventilating” and as “ruthlessly aggressive”. He repeated several times that he would “kill him, shoot him” before the witness offered him a glass of water and sent him on his way.

Mr. Cahill couldn’t remember exactly when this happened but thought it was 2014. He remembered the conversation because what Mr. Brady told him was “abnormal”. People often argued over the pool table, he said, “but the stuff Aaron said to me was much more serious than what I was used to.”

The witness recalled a second occasion in the coachman when Mr Brady arrived that evening after work and drank a lot until the early hours of the morning. He was dejected, said the witness, and stopped Mr. Cahill to speak to him about things he did not feel right about and “things he had done in his life that would come back to him”.

He added, “He asked me if I had ever killed anyone.”

Mr. Cahill told him he had and would not know what that felt like. Mr. Brady “broke down” for 90 minutes to two hours and asked several questions that the witness thought were strange. He said, “He was referring to killing people and how it made him feel.” At the time, Mr. Cahill didn’t know about Detective Garda Adrian Donohoe and didn’t know if Mr. Brady was “talking nonsense”.

Mr. Brady was annoyed and sometimes put his face in his hands or put his head on the counter.

The witness said, “He seemed to want to talk to me about these things. Every time I came up to him, he asked me if I had done things he had done and how I couldn’t understand what it was like . ” Mr. Brady told him he was having nightmares.

He also told him that he was involved in “a robbery that resulted in his shooting someone. A member of An Garda Siochana”.

The witness later said: “He mentioned several times that he had shot a Garda in the course of this robbery.”

At the end of the night, Mr. Cahill felt that Mr. Brady was “beyond consciousness” and “completely drunk”.

The witness described a third incident in 2015 while he was still working for the driver. One night some customers invited him to a house party after he finished his shift. When he got to the house, he met Mr. Brady and three other men.

He said these men were trying to “outdo each other” in what he called a “piss contest” to see who was the one you didn’t want to get on the wrong side of. He said Mr. Brady “decided he had the most experience because he was the only person there who had killed someone.”

As the conversation continued, the witness said he heard Mr Brady say he was the only person who had ever used a gun to kill someone.

Mr Cahill said, “He said everyone around him knows who he is and what he has done and what crimes he has committed, and therefore no one wants to get on the wrong side of him.” He said he also heard him say he shot a garda and, while talking about his feelings, said that “it takes a certain type of person to handle those feelings well”.

Mr. Cahill felt that Mr. Brady was not drunk and “possessed that he had done or was capable of something as if we should look at him differently”.

Mr Brady had told the group that it was a great burden to carry around and that he had nightmares, “dreams of seeing bangs, gun shots and people screaming”.

Mr. Cahill left the party in less than 30 minutes. It wasn’t a place he wanted to spend a lot of time, he said. 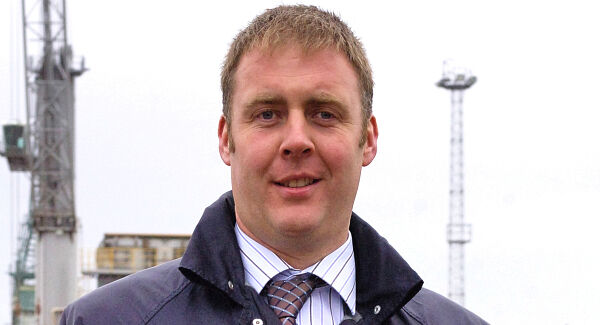 After leaving the coachman, Mr. Cahill worked at the Brazen Fox in White Plains, New York. One night in the summer of 2016, after leaving work after 2 a.m., he was driving home to see Mr. Brady and a group of people standing outside Behan’s bar on Katona Avenue. Mr Cahill was stopped at a traffic light when he said Mr Brady came to his car and stopped it. He said Mr Brady told him he thought he was going to jail and that he was “in the newspapers in Ireland”. He said Mr Brady showed him an article on his phone with a headline saying that a man who was on the run and shot a police officer had “lived” in New York. He said Mr. Brady told him that it was the subject of the article and that an image used as part of the feature was taken from Mr. Brady’s social media. Mr Brady showed Mr Cahill the original picture on social media, the witness said. Mr. Cahill said he believed that Mr. Brady was trying to intimidate people or “make people believe he was important. I didn’t understand why he told me that.”

During the cross-examination, Justin McQuade, on behalf of Defense, asked Mr. Cahill if he would tell the jury that they can trust him because he is a “good citizen”. Mr Cahill said he thought he was an “outstanding citizen” and that he had tried to improve since he left Ireland. He said that he has many police officers who are friends and who vouch for him and his character, and that he does a lot of work for his community. He added, “You come to my church and you talk to people and ask them what they think of me.”

He said that if anyone had information about a police officer who was killed, they would hope that they would “move up”. He accepted that he “did my fair share of things that I wish I hadn’t, and I take full responsibility for them.”

He agreed to be hiding in his attic when Homeland Security first called his house in July 2019. He said he was asleep and was startled by a loud bang on the door and didn’t know who it was, so he jumped through a latch in the ceiling. When Mr McQuade asked why an eminent citizen would be hiding in the attic when law enforcement knocked on the door, he said he didn’t know it was a law enforcement and that he was scared and easily frightened by things that happened in his life. At the time immigration and customs (ICE) agents were deporting people, he said.

The cross-examination will continue tomorrow before Judge Michael White and a jury of six men and seven women.