Henchy, head of the New York GAA, prays for peace in uncanny instances 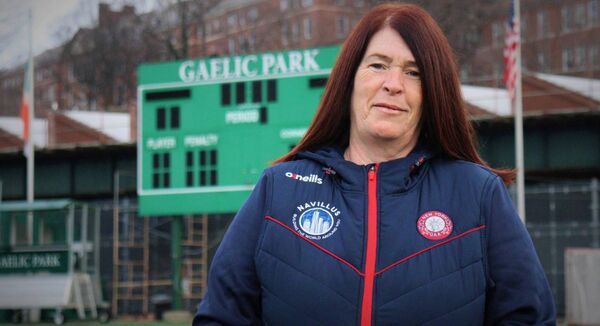 Joan Henchy: “We’re putting together a tactical reopening plan for when and if.”

Joan Henchy, chairwoman of New York’s GAA, says the city is a scary place right now due to rioting and is one of the places worst hit by the coronavirus pandemic.

As if the more than 24,000 deaths in New York weren’t bad enough, the violence has sparked fear and concern following the tragic death of George Floyd when he was taken into custody in Minneapolis last week.

On Monday, former Crossmaglen Rangers footballer Aaron Cunningham, who now plays for Longford GAA Club in New York, was one of the protesters in the Black Lives Matter march.

Henchy appreciates Cunningham’s concerns and hopes that the dialogue on racism in the US can begin in earnest.

“Everyone holds their own,” the Tarbert woman told the GAA community in New York. “These are very scary times with Covid and the incident with George Floyd. It revived problems we had in the past.

“There is no more racism than anywhere in the world that needs to be addressed and whose communication channels need to open up.

“The protest is fine, but there is tension in the area. We have a couple of opportunists meeting the local jewelers and our local on McLean Avenue was done last (Monday) night. These are people who take advantage of the cops who are otherwise busy.

“Our community is mostly fine. We are still working on the Sláinte 2020 initiative. We have people without jobs, those without papers who have no income, so we really focus on them.

“Tension is high, people are nervous, but all we can do now is pray for peace and understanding and an end to the unrest and that a balance can be found in all of this.”

After New York soccer players ran 1,000 km last month, their slingers are still planning another fundraiser for the Sláinte 2020 hardship fund if they want to score 100,000 hits in two hours.

Henchy hopes the board’s competition control committee will be able to organize championships for later this summer.

“We’re very much at the mercy of the New York State reopening plan. With many of us in town and Gaelic Park in the Bronx, we have to wait for the town’s strategic plan.

“We would imagine that we are either level three or four. It had moved in the right direction. Have we suffered a setback with what has happened now? I dont know. We are hoping for something in mid-July and will obviously shorten our schedule to get him fit and play a bit.

“Right now I think people are eager to get back to some kind of normalcy. Obviously, we need to make some changes to how games are organized.

“We’re not just going to run into the door of Gaelic Park now without a care in the world. We put together a tactical reopening plan for when and if. “