Governor Cuomo: Restrictions on the orange, yellow COVID-19 zone in New York state have been lifted

Editor’s Note: The Governor’s press conference will be broadcast live at 11:30 am EST.

On day 333 of the New York pandemic, the governor provided the following data:

“Hospital stays have fallen by 60 hours in the last 24 hours, so that’s good news,” said Governor Cuomo. “All the numbers are down across the state.”

Due to the decline in positivity rates across the state, the governor said, COVID-19 zones will be lifted across New York state except for a few upstate areas, including spots in the Bronx, Queens, Washington Heights, and Newburgh.

“We will adapt the valves to these facts,” said Governor Cuomo. “It’s not emotional, it’s not anecdotal. The microcluster zones have failed. Across the state – you see Monroe – was up to 10.5% to 4.5% positive. “

Most of New York’s COVID-19 zones have not been updated since late November. 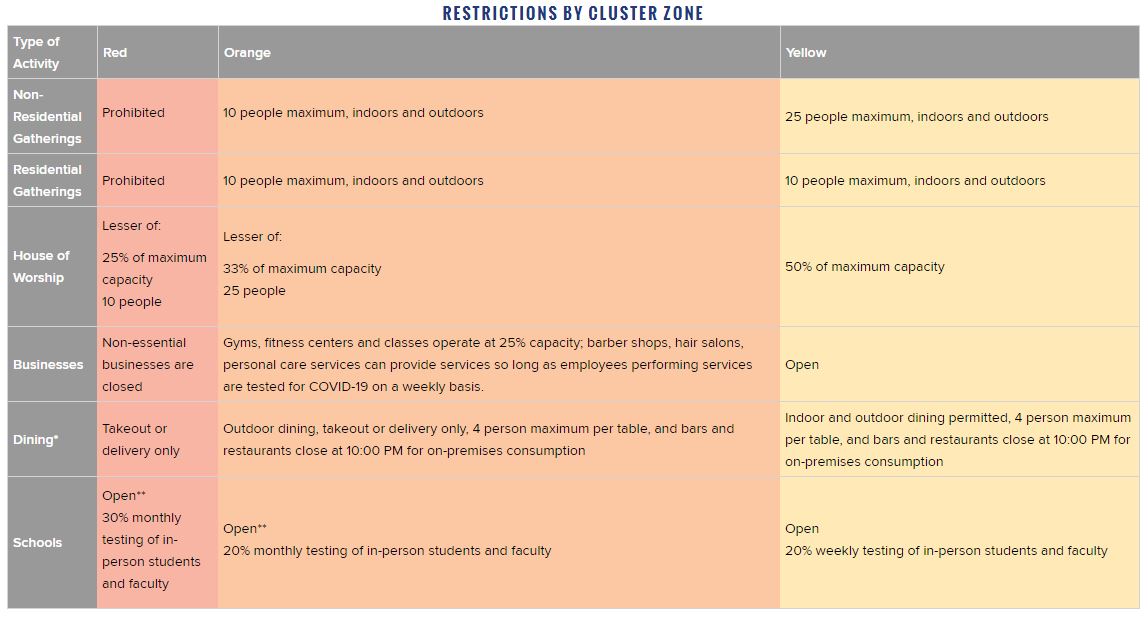 The governor said vaccine administration was ramped up nationwide, but supply problems persist.

“Overall, 96% of the doses received are in weapons,” said Governor Cuomo. “So we functionally run out of cans and are now going from week to week. The allocation for the next week is today, tomorrow, the next day, but we are now waiting week by week for the allocation by the federal government.
So far it has been very difficult to plan because we don’t know what we will get in the allocation next week. “

“We will get 16% more allocation,” said Governor Cuomo. “250,000 a week, up 16% and honestly just as important, that will be the allocation for the next few weeks so we can now work out a three-week plan. That doesn’t sound good, but it’s better than week after week. “

This is a developing story. News 8 WROC will provide updates as soon as they are available.

US officers who wish to open journeys from New York to London with shorter quarantine durations throughout the holidays: report